Likely sensing my trepidation, she made eye contact from across the spacious outdoor rehearsal space. She smiled and I smiled back, believed to be acknowledged on the first day of rehearsal.

My mom had told me about her: the first actress to have her own television series (yep, pre Lucy), short-lived early marriages, a long-standing on-air flirtation with talk show host Jack Parr, and popular among both men and women.

As soon as the lunch break is called, she walks in my direction. As she comes into focus, it becomes clear: This is her—so unobtrusive, so petite, so genuine.

“You look a bit lonely, Mike. Would you like to have lunch together?”

“My mom made something for me but I’d love to sit with you.”

[Have I mentioned that I’m ten-years old?]

She leads me from the rehearsal pavilion into the verdant Forest Park, only a few feet away, and we settle at a picnic bench after she bought her lunch at a stand: a hot dog, potato chips, and a soft drink.

She is curious, she says, how I landed here, in this professional setting, as a youngster. I tell her that I had been going to acting school for a year and my acting teacher had recommended me to audition. “And I got the understudy job,” I say.

The year was 1960 and Betty White was starring opposite Jack Carson in Take Me Along at the St. Louis Municipal Opera. Adapted from Eugene O’Neill’s Ah, Wilderness!, the show depicted a Connecticut family in 1906 dealing with alcoholism-light (yes, in Fifties Americana) and I was understudying the youngest of the family’s three sons.

As I assiduously observe and take notes over the next five days of rehearsal, I also accept Betty’s daily offer of lunch and have what she has—the hot dog, chips and drink—alleviating my mother of her lunch-making duties.

I would discover that one of the reasons the leading lady ate hot dogs was the leftover buns she devotedly fed to the birds. I swear they saw us coming—the Robins, Bluejays and Cardinals—as we approached the same picnic bench we’d occupied the day before. Just as she nurtured the various species in flight, she nurtured me by encouraging me to be an actor. Pushing forty and without children, Betty could have been playing a maternal role with me, a role she played with animals of every stripe for the ensuing fifty years plus.

As we forge a bond, the day approaches when we move from the rehearsal space to the massive stage where Betty is afforded her own dressing room and I am convinced that I’ll only see her onstage during the week of performances; but, no, Betty gives explicit instructions to grant me access to her dressing room. Our friendship continued to grow and blossom.

I don’t think anyone would compare Betty to Meryl but her acting in those O’Neilian moments was sensational. And when I say I remember it to this day, I really do.

I dreaded the end of the week in which I’d have to say goodbye to my new friend who suggested I’d see her in Hollywood of the future. I received glamorous Christmas cards, postmarked “Beverly Hills”, which infused me with hope and longing, connecting me to another world, a magical world across the country, where I just might land and fit in.

Over the years, I went to her subsequent performances at the Muny (and was always escorted to her dressing room after the show): playing Anna in The King and I and then starring opposite new husband, Allen Ludden in Bells Are Ringing. We lost touch but I never lost the affection that she had bestowed on a young boy who was starved for attention.

And lucky for me, I kept in touch with her through the television screen which began a decades-long lovefest with the actress in the Seventies that never abated. Like a guardian angel, Betty was always there for me.

Our Hollywood reunion, however, didn’t take place until a producer friend arranged for me to visit the beloved star on the set of The Golden Girls, thirty years after we had first shared hot dogs and fed the birds in Forest Park.

I remind Betty of her generosity during rehearsals when I was a gawky little boy. For the benefit of those within earshot, she reverts to her Sue Ann Nivens character from the Mary Tyler Moore Show, looking me up and down, like a slightly-less-lascivious Mae West. But the delivery was pure Betty: “I knew what he’d turn into.”

As Betty gained popularity, I’d see her more often on the screen she owned, in all her zany, sweet, and loveable humanness. She made frequent visitations.

And then the spotlight went out on a legendary career but won’t dim my memories of the stalwart star. 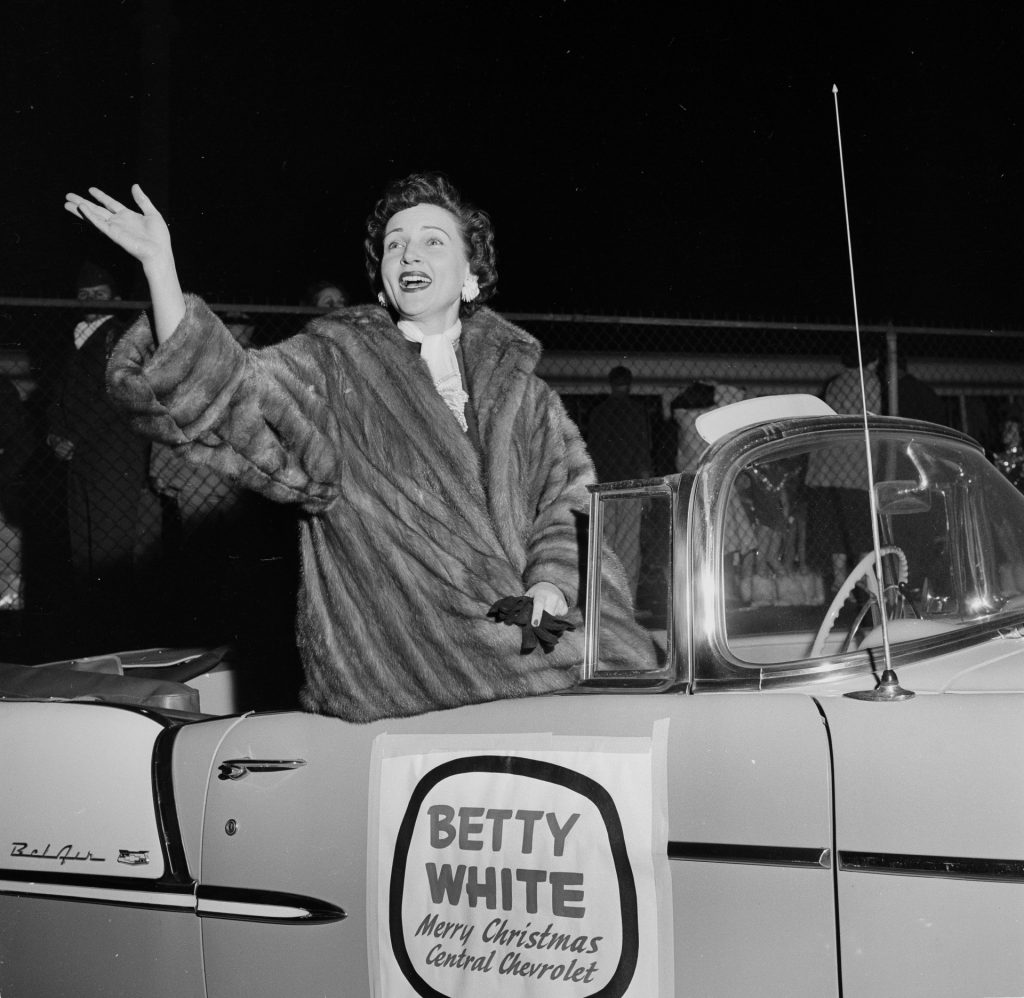